No one will come to help: why we must keep nuclear weapons unthinkable 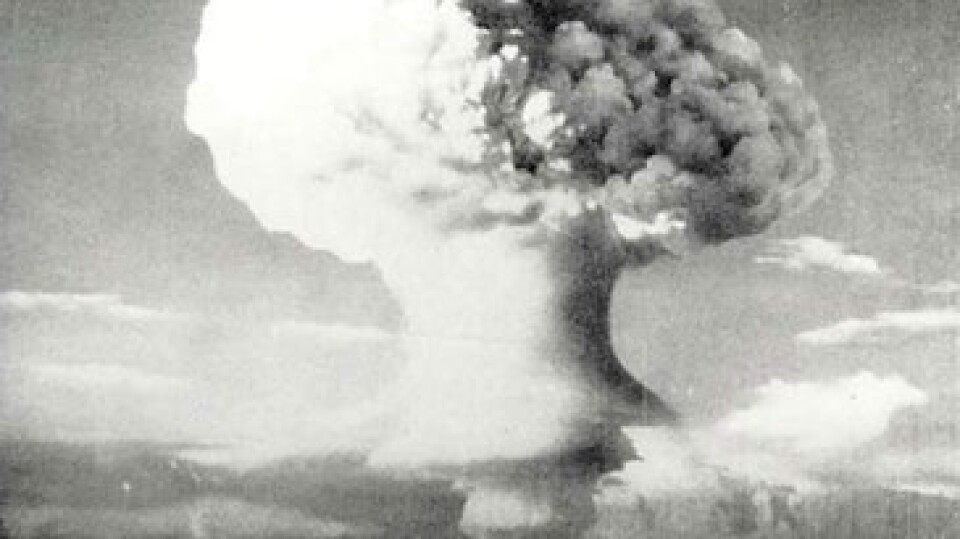 There are more than 13,000 nuclear weapons in the world, many on ‘hair trigger’ alert status, ready to be launched at a few minutes notice, writes Dr Rebecca Dudley.

When I started working with New Zealand Red Cross, I came across a scary relic in my files. Dated 1952, ‘First Aid in Atomic Warfare’ was approved by the then Minister of Defence. It seems to have been based on some official advice of the time. Striking a cheerful, ‘she’ll be right’ tone, it takes readers through the atomic attack, types of injuries caused and the effects of radiation.

First aiders were advised to ‘Lie down, preferably in a ditch, behind a wall, or in a ravine, and protect your eyes from the flash by covering them with your arm.’ Later, they are advised to take a bath, scrubbing well to get rid of radioactive particles.

Quaint. And also clearly false. Although perhaps well intentioned in 1952, in 2022 we know the pitiful inadequacy of this advice.

Despite this, we may be again starting to talk about nuclear weapons in ways that strike a similar tone, including in a recent video issued by New York’s emergency management team. Scrolling through posts in my Twitter feed there are discussions that hint that some use of some nuclear weapons – ‘tactical’ nuclear weapons – might not be so bad.

It is as if they could be confined to very specific corners of specific battlefields and targets (all very far away from New Zealand), with less serious impacts or consequences.

The simple reality is that no organisation, no state, and not even the international community all together could ever hope to deal with the humanitarian catastrophe generated by the use of a nuclear weapon. Shielding yourself with an arm, a ravine or a wall won’t work. The effects of nuclear weapon detonation, especially the radioactive fallout carried downwind, could not be contained within national borders. No international body could address the immediate humanitarian emergency, nor the long-term consequences of a nuclear weapon detonation. They could not provide appropriate assistance to those affected.

Let’s be clear: despite the heroism and sacrifice Red Cross colleagues have shown in the past, help would be beyond reach. And what we cannot prepare for, we must prevent.

With respect to damage, we can point out that any of these so called ‘tactical’ nuclear weapons (10 and 100 kilotons) are likely to be as, or more, damaging than the bomb dropped on Hiroshima in 1945 (15 kilotons). There, our Red Cross colleagues worked in near impossible conditions to try to help the wounded and sick. Frans Bilfinger was the first representative of the International Committee of the Red Cross (ICRC) to reach Hiroshima. “The centre of the city was sort of a white patch, flattened and smooth like the palm of a hand,” he wrote. “Nothing remained. The slightest trace of houses seemed to have disappeared.”

During that same year the International Committee of the Red Cross made their first appeal to states to ban nuclear weapons. Nearly eight decades on, our colleagues in Japanese Red Cross Hospitals have continued to treat, annually, thousands of victims of cancers caused by radiation exposure. To this day, no city can prepare for an atomic bomb, and no nation can effectively respond to one. Thousands and even millions of civilians would be killed and injured.

New Zealand has long taken an active role in strengthening and developing international law against the development and use of these weapons. Two important, and complementary international treaties exist to limit proliferation of nuclear weapons, and lead to disarmament. They are the Treaty on the Non-Proliferation of Nuclear Weapons (NPT) and the Treaty on the Prohibition of Nuclear Weapons (TPNW).

We all know how events that were once unthinkable can become commonplace (a pandemic, anyone?). We adjust. While this adjustment can be a part of our survival mechanisms, in the case of nuclear weapons, we should resist it. There are more than 13,000 nuclear weapons in the world, many on ‘hair trigger’ alert status, ready to be launched at a few moments notice. The risk that nuclear weapons may be used again is growing to alarming levels. As António Guterres, the Secretary-General of the United Nations told the NPT meeting last month, ‘so far, we have been lucky. But luck is not a strategy.’

Any use of nuclear weapons must remain unthinkable. We should, instead, choose the other paths that are open to us.

Find out more out our work