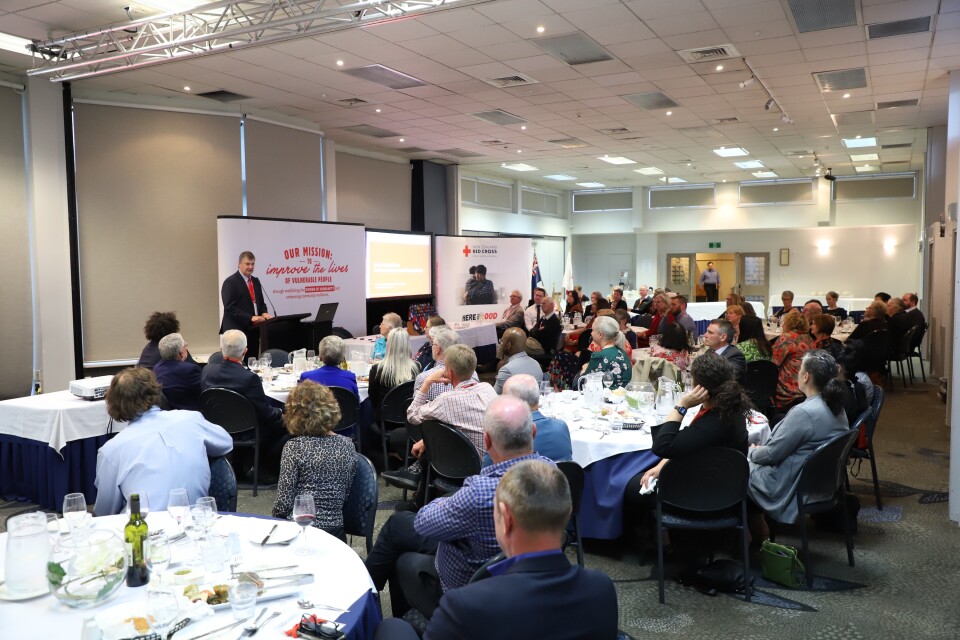 This year our National Council meeting was held in Wellington on 5 and 6 November 2022, the first time in person since in 2020. The National Council is made up of National Board members, Counsellors of Honour, Area and Youth delegates, as well as observers.

Kaumātua Peter Jackson (Te Atiawa, Taranaki Whānui) opened proceedings with a mihi whakatau. This was followed by a waiata from the Executive Leadership Team and other employees.

The Annual Report 2021/22 and the amended New Zealand Red Cross Constitution was also approved and adopted.

There were workshops following the meeting, including:

We were also very fortunate to hear from Ross Pinney, National President, and Kym Pfitzner, Chief Executive Officer from Australian Red Cross, about some of their challenges and opportunities.

The 2023 National Council will be held on 4 and 5 November next year.

On the Friday before National Council, Area Council Chairs participated in a development day, an annual opportunity for our Area Chairs to meet each other and participate in team-building sessions. They heard from guest speakers, including:

Changes to the National Board

National Board elections were held in parallel with the National Council meeting.

We welcomed two new National Board members – Sue Chamberlain and Mat Darling, who were elected during National Council.

Sue has been with New Zealand Red Cross since 2008, when she joined as an international delegate specialising in organisational development. She has been a branch president and Area Council Chair and has worked with Red Cross societies in Timor-Leste and the Pacific. She has qualifications in teaching as well as business management, and has worked in training, fundraising, marketing, and communications.

Mat has been with New Zealand Red Cross since 2007 and has a background in youth and organisational development, as well as emergency management. He is an environmental scientist, with qualifications in geology and disaster risk and resilience. He is currently undertaking his PhD, considering how to better incorporate non-resident populations into New Zealand’s disaster risk framework. He holds several other governance roles across primary industry, technology, local community, and sport organisations.

The first of the 2022 honours and awards were presented to recipients in attendance. Congratulations to those whose service was recognised and thank you to the Red Cross people who nominated them. More information will be shared in the coming weeks as presentations are completed locally.