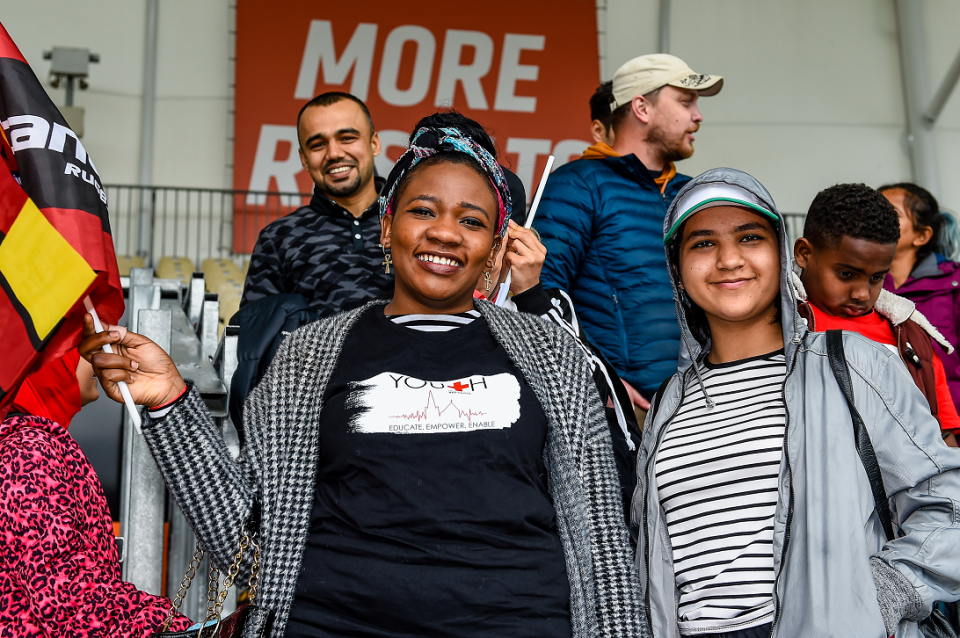 Helping refugee-background young people settle in New Zealand is a key part of our work in Aotearoa. Support from Farmers Trading Company after the attacks on 15 March meant we could provide long-term and direct support to young people.

Refugees are ordinary people who have faced extraordinary circumstances. People who become refugees have been forced to flee their homeland because of conflict, persecution, discrimination, racism, or oppression. Often, they have been denied basic human rights in their country of origin and are unable to return home. New Zealand Red Cross Youth Settlement Workers across the country support young people with refugee backgrounds as they settle, not just as a supporter but as a friend.

Elizabeth Magabbo – pictured above with Zhara Afshary – is one of these workers, based in Christchurch. Elizabeth has years of experience working with non-government organisations on advocacy for vulnerable people. She sees her goal in her current work as ensuring that young former refugees are given the right support to be able to thrive. Witnessing what happens when young people are not supported is a key part of why Elizabeth knows her work is valuable.

“I have witnessed the impact of inadequate support on young people from migrant or refugee backgrounds,” she explains, “and it pushes me every day to ensure that the young people I work with don’t ever feel they need to go down that path.”

Elizabeth started her work with New Zealand Red Cross just a few weeks after the terror attacks in Christchurch, and has been focusing on supporting young people who were affected by this terrible event.

Zhara Afshary is one of the young people Elizabeth works with.

“I don’t make friends easily,” Zhara admits. “I had horrible times with trusting people in other countries. But Elizabeth was the first person in Christchurch who became one of my friends.”

“Not even just a youth leader, but my friend.”

Now 16, Zhara was just nine years old when her family fled Afghanistan, seeking safety from conflict. She and her family spent seven years travelling through India, Malaysia and Indonesia before finally arriving at their new home in New Zealand.

Zhara has a special perspective on her journey to her new home.

“We didn’t decide to become refugees. The decision was just to move out of Afghanistan. No one likes being a refugee, or to feel like they don’t have a country.”

“It was confusing, but at the same time it was beautiful, travelling around the countries, seeing new things and hearing new languages,” describes Zhara.

Now in Aotearoa, Zhara and her family are happy to be Kiwis and to live somewhere safe and peaceful.

“This is the first time in our life that we can choose where we live and what we eat. It is really precious for us to live in peace,” Explains Zhara.

Young new Kiwis have been able to find confidence and a sense of belonging, through ‘Having a Go’ sporting workshops, social gatherings, confidence building courses and other programmes managed by Elizabeth and the Red Cross team.

“A lot of the young people have developed confidence eventually and many of them are either holding part-time jobs or volunteering,” says Elizabeth proudly.

She says the best part of her job has been watching young people grow and build their confidence.

“Witnessing growth is the most exciting part of my job and I enjoy it when the outcome is much greater than I anticipated.”

Because of supporters like Farmers, young former refugees in Aotearoa are growing and becoming agents of change in their new home to, as Elizabeth puts it, “become the voices in their community, seated at the table where important decisions are made.”

What can you do?

There are many ways that you can welcome new Kiwis to your neighbourhood: