Red Cross nurse Felicity Gapes has been awarded the highest international nursing distinction, the Florence Nightingale Medal, for her work in regions of conflict and political instability.

A Registered Nurse since 1985, Felicity started working within the Red Cross Red Crescent Movement in 2004 prompted by her experiences as part of peacekeeping missions with the Royal New Zealand Nursing Corps in Bosnia and Timor-Leste and a disaster relief mission in Papua New Guinea. Her Red Cross deployments have taken her to the Pacific, Somalia, South Sudan and Myanmar.

Her roles with Red Cross have included clinic management, preventative health intervention, first aid training, monitoring health of people in detention and programme management. During her Somalia deployment from 2009-2012, Felicity’s main role was remotely managing 51 healthcare facilities and mobile teams, an assignment that presented extensive challenges due to its sheer size and the ongoing conflict and clan-based issues on the ground.

“Felicity is a dedicated and highly skilled nurse who is committed to helping vulnerable populations. Her compassion and courage while working in extremely complex and difficult situations is an inspiration to all of us at New Zealand Red Cross and we are incredibly proud to see this recognised.” 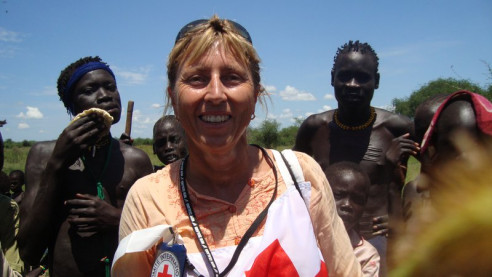 Felicity Gapes' deployments have taken her to the South Sudan, Somalia, the Pacific and Myanmar.

The International Committee of the Red Cross (ICRC) awards the medal to nurses in recognition of exceptional courage and devotion to victims of armed conflict or natural disaster as well as exemplary service or a pioneering spirit in the areas of public health or nursing education. Felicity is one of 29 outstanding nurses from 19 countries to be recognised in 2019.

“I was truly humbled and gobsmacked when I heard the news,” Felicity says. “It was so utterly unexpected. Like most nurses, for me I’m just doing my job and I feel privileged to be part of a team trying to provide the basics of healthcare to those affected by conflict.”

Colleagues have praised Felicity for her common-sense approach, her ability to work with limited resources, and ability to gain respect from all the different parties she works with.

“Conflict brings out the best and the worst in people and working in this environment is challenging, heartbreaking and frustrating but also incredibly rewarding. The people I have worked with and met make this more than a job, and the support from family, friends and New Zealand Red Cross is, and will always remain, instrumental for me.”

Felicity is the 32nd New Zealander to be awarded the medal in its 104-year history. She will be officially presented with the Florence Nightingale Medal at an investiture ceremony later in the year. 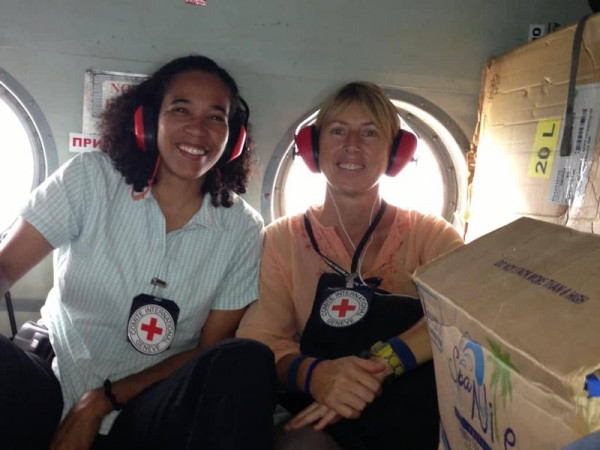